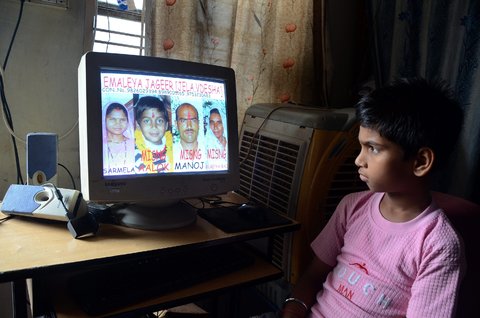 With more than 4,000 people still reported missing after flash floods hit Uttarakhand three weeks ago, the state’s chief minister said that those who have not been found by July 15 will be declared dead, entitling their families to compensation.

Vijay Bahuguna, the chief minister, said in Dehradun, the state capital, on Monday that out of the 4,000 missing, 795 were from Uttarakhand and the rest were from elsewhere in the country. Mr. Bahuguna had earlier announced that at least 1,000 were killed in the floods that struck the state on June 16.

The flash floods were caused by unusually heavy rains that led to the overflowing of Chorabari Lake, which sits 13,000 feet above sea level. The floods swept through all the holy Himalayan pilgrimage sites in the state, including Yamunotri, Gangotri, Badrinath, Kedarnath and Hemkund Sahib, during the peak time for pilgrimages. The state government has said it rescued more than 100,000 pilgrims.

The worst-hit area was Kedarnath in Kedar Valley, where government teams are still busy digging out bodies.

After July 15, families will be able to file a compensation claim of 500,000 rupees ($8,300) for every missing relative. Normally it takes seven years before a missing person is declared dead, but Mr. Bahuguna said that considering the severity of the disaster, the government decided to shorten the waiting period.

Relatives of the missing were becoming resigned to the likelihood that their loved ones would not be found alive, but Mohan Pethiya, 38, from Chindwara in Madhya Pradesh, clung to the slimmest of hopes that his sister and 15 other family members had survived. He spent 10 days in the state looking for them.

“I still have five percent hope,” he said by phone. “I will wait for government’s formal announcement.”

Girish Kumar Bagwadi, 50, from the town of Rudraprayag, lost his elder brother, his elder son and two nephews in Kedarnath, where his brother ran a general store.

“Now I see no chance of finding them alive,” he said. “Even dead bodies will not be recovered. What can we do? I will have this pain deep inside my heart that I could not perform even last rites of my son, brother and nephews.”

Braj Raj Meena of Kota in Rajasthan was still looking for his cousin, brother and his brother’s wife, who had traveled with 32 other relatives and neighbors. “They all went in a group of 45 and only nine came back. We searched around in Uttarakhand for one week and then came back,” said Mr. Meena. “Now we will perform last rites after a week.” 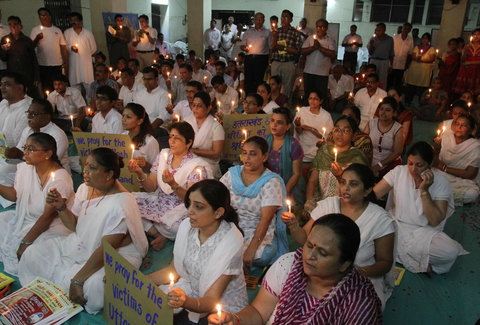 For those who have survived the floods, help has been slow to arrive as blocked roads in the affected areas, particularly in the Rudraprayag, Chamoli and Uttarkashi districts, have cut off villages from the rest of the state.

Bad weather was also hampering relief efforts. “Because of rains, we are not able to drop relief material by air,” Yashpal Arya, the minister of disaster management in Uttarakhand, said by telephone from Pithoragarh.

Mr. Bahuguna said Tuesday that the government is aiming to reopen the routes of Gangotri, Yamunotri, Badrinath and Hemkund Sahib by the end of September but did not give a timetable for the Kedarnath shrine.