Our planet is in crisis. But until we call it a crisis, no one will listen 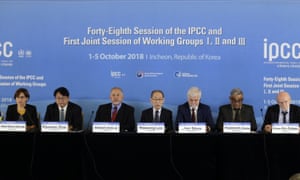 When Senator Kamala Harris was asked about climate change during the Democratic debate in June, she did not mince words. “I don’t even call it climate change,” she said. “It’s a climate crisis.”

She’s right – and we, at Columbia University’s National Center for Disaster Preparedness, wish more people would call this crisis what it is.

The language we use to refer to the climate crisis has changed over time, often due to political pressures. In 1975, the geophysicist Wallace S Broecker published the first major paper on planetary heating – Climatic Change: Are We on the Brink of a Pronounced Global Warming? – and for a while the term “global warming” was the most common. But in the decades following, politicians and members of the media began to use the softer, more euphemistic term “climate change” to describe changing weather and atmospheric conditions.

That wasn’t an accident. In the early years of George W Bush’s first term as presidency, scientists were actually making serious progress in establishing overwhelming evidence that we were, in fact, facing a global crisis. Public opinion on climate change was shifting; Americans were curious about how worried they should be by the damage being done to our atmosphere.

Enter Frank Luntz, a renowned Republican pollster and strategist. Luntz was concerned that the Republican party was losing the communications battle. He advised Republicans to cast doubt on scientific consensus on the dangers of greenhouse gases and to publicly hammer home a message of uncertainty.

In 2002, Luntz wrote a memo to Bush urging him and the rest of his party to use the term “climate change” instead of “global warming”. Climate change sounded “less frightening”, he pointed out, “like you’re going from Pittsburgh to Fort Lauderdale”.

Technically, the term climate change makes sense. The climate is, indeed, changing. But the term is far too mild to describe the existential threat to the planet that these changes pose. Jeffrey Sachs, former director of the Earth Institute at Columbia University, agrees. “We should have a term that emphasizes the incredible cost and dangers,” he told us. “We do not need to be shy about this.”

Under the administration of Donald Trump, the situation is even worse. Now, instead of re-framing language about the climate crisis, Republican officials simply remove references to it entirely and put pressure on researchers and analysts who disagree.

It is time to update the language we use to better reflect the seriousness of global heating. “People do not understand the scale and pace of the climate emergency,” Jamie Henn, strategy and communications director for 350.org, an international climate campaign, told us. “This is not an issue with one future date where we will start to see effects. We may hit tipping points at any time in which we will see immediate problems.”

There is no longer any doubt that climate change is an unprecedented planetary emergency. And the terms we use to describe this crisis must deliberately reflect an appropriate sense of urgency.

The good news is that there is already some movement in this direction. Scientists, political leaders and the media have finally begun to abandon climate “change” in favor of “crisis” or “emergency”. This summer, The Guardian updated its style guide to designate “climate emergency, crisis, or breakdown” or “global heating” as better descriptors.

We applaud that decision and we hope that more journalists, politicians, and intellectual leaders will follow suit. The question is, in the current political climate, will the upgraded terminology result in definitive action? We hope so.

As the crisis escalates…

… in our natural world, we refuse to turn away from the climate catastrophe and species extinction. For The Guardian, reporting on the environment is a priority. We give reporting on climate, nature and pollution the prominence it deserves, stories which often go unreported by others in the media. At this pivotal time for our species and our planet, we are determined to inform readers about threats, consequences and solutions based on scientific facts, not political prejudice or business interests.

More people are reading and supporting The Guardian’s independent, investigative journalism than ever before. And unlike many news organisations, we have chosen an approach that allows us to keep our journalism accessible to all, regardless of where they live or what they can afford. But we need your ongoing support to keep working as we do.

The Guardian will engage with the most critical issues of our time – from the escalating climate catastrophe to widespread inequality to the influence of big tech on our lives. At a time when factual information is a necessity, we believe that each of us, around the world, deserves access to accurate reporting with integrity at its heart.

Our editorial independence means we set our own agenda and voice our own opinions. Guardian journalism is free from commercial and political bias and not influenced by billionaire owners or shareholders. This means we can give a voice to those less heard, explore where others turn away, and rigorously challenge those in power.