The USGS reported that the quake hit at a depth of 10 kilometres (6.2 miles) about 149 kilometres from Vanuatu's capital Port Vila.

The Pacific Tsunami Warning Center said there was no threat of a tsunami.

Vanuatu is part of the "Ring of Fire", a zone of tectonic activity around the Pacific that experiences frequent earthquakes and volcanic eruptions.

The South Pacific island was jolted by a powerful 6.8-magnitude tremor in late January, but there were no reports of damage.

In 2013 the neighbouring Solomon Islands were struck by a tsunami after an 8.0-magnitude earthquake rattled the region. The tsunami killed least 10 people, destroyed hundreds of homes and left thousands of people homeless.

A group of South East Asian disaster management specialists will be in New Zealand later this month taking part in training hosted by the University of Canterbury’s Centre for Risk Resilience and Renewal (UCR3).

The group of future disaster management leaders come from eight of the ten ASEAN countries and will be undertaking a comprehensive two week programme focusing on strategic crisis leadership and an introduction to emergency exercise science to help better equip participants for crisis leadership roles in the future.

UCR3, headed by director Chris Hawker, is hosting three programmes over three years in partnership with the Ministry of Foreign Affairs and Trade who is funding the activity under the NZ Aid programme.

The UCR3 programme is a key component of the ASEAN Centre for Humanitarian Assistance (AHA Centre) six-month Executive Development Programme (ACE). The AHA Centre is an inter-governmental organisation, established by Brunei Darussalam, Cambodia, Indonesia, Lao PDR, Malaysia, Myanmar, the Philippines, Singapore, Thailand and Vietnam, to support the coordinated response to any disaster event which occurs across the ASEAN region.

The group will be meeting with a range of Government Agencies and organisations in Wellington and Christchurch and will be in New Zealand from March 22 to April 5.

The university’s UCR3 has organised a range of experiential activities and key speakers, including Professor Tim Davies, leader of the university’s Hazard and Disaster Masters Programme, Dr Christopher Gomez, who studied aspects of the 2011 Japan earthquake, Associate Professor Nilakant Venkataram who will discuss the issues of leadership’s highs and lows and Dr Erica Seville who will highlight issues of organisational resilience. Dr Gomez will be emphasising how important ethical aspects of disaster management are for ASEAN countries.

UCR3 is supported by Massey University’s Joint Centre for Disaster Research and Auckland University of Technology’s Emergency Management Programme, showcasing the best of New Zealand’s knowledge in the field of disaster management. 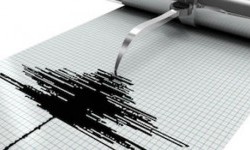 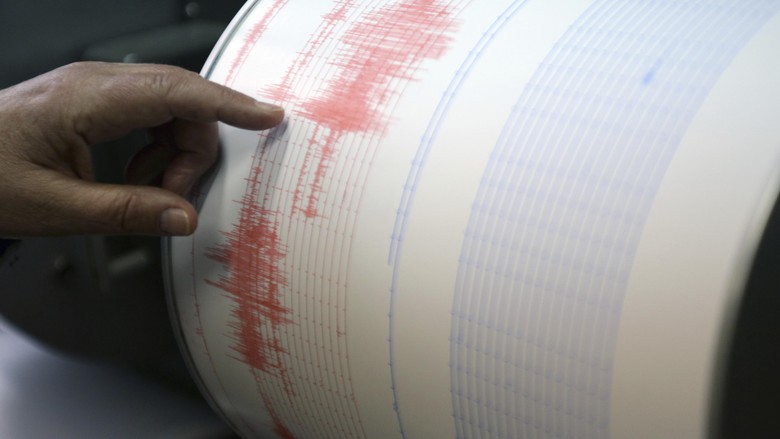 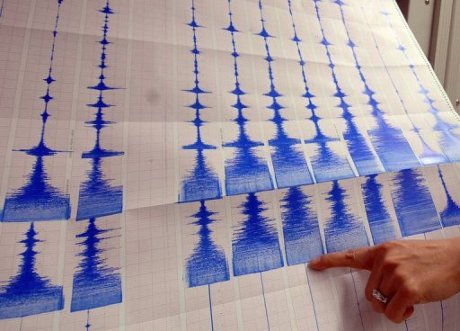 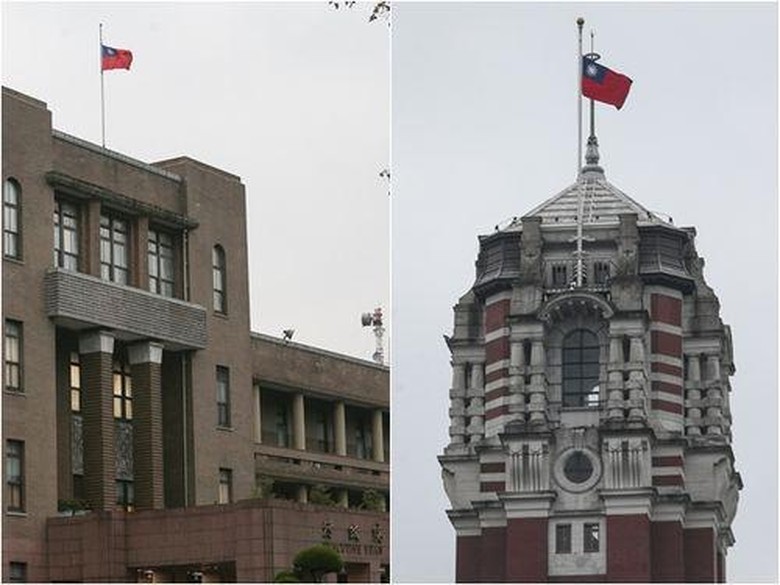 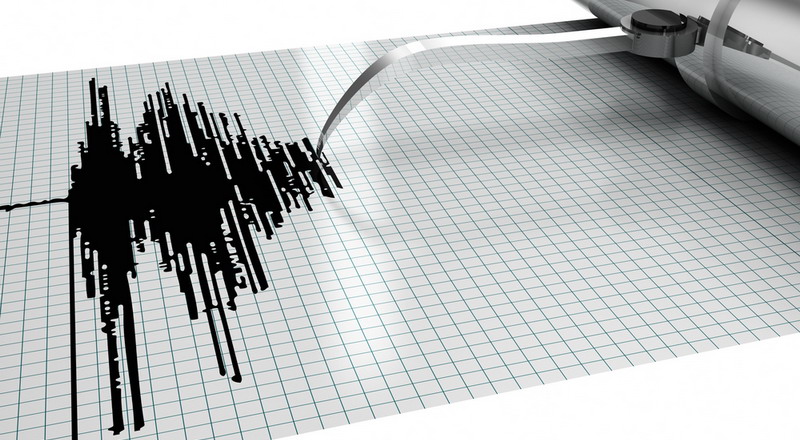 AWAJI, HYOGO PREF. –The massive earthquake that rocked western Japan in January 1995 left a visible reminder of its cause: a ground-level fracture along one of the faults that shifted.

The movement of the Nojima Fault left its mark in the northern part of Awajishima Island, Hyogo Prefecture. After an on-site survey by specialists, 140 meters of the fracture was preserved at a museum on the island. Since it opened in 1998, about 8.6 million visitors have viewed the exhibit at the Nojima Fault Preservation Museum in Hokudan Earthquake Memorial Park.

For the past 10 years, deputy curator Masayuki Komeyama, 48, has been telling visitors of his own experiences that day.

Visitor numbers have fallen since a high in 1998, the year of the opening of the Akashi-Kaikyo Bridge, which links Kobe and Awajishima Island. At nearly 4 km long, it is the world’s longest suspension bridge.

Still, Komeyama believes there is growing public interest in the Nojima Fault.

“After the mechanism of an active fault causing a large earthquake became widely known, an increasing number of people are visiting us to learn how to prepare and respond to disasters,” he said.

After the quake took place, evidence was seen on the ground of movement along roughly 10 km of the Nojima Fault, which runs north-south on the island.

Early on Jan. 17, 1995, Komeyama was asleep in his fourth-floor apartment near the southern end of the fault.

“I heard the Earth rumbling from deep underground, followed by a powerful jolt from below,” he recalls. “It felt as if my apartment was falling down after being hit by a big dump truck or something.”

He threw himself over his wife and daughter, aged 2 months, and grabbed the edge of the bed.

“The shaking continued for about 40 seconds, but it felt longer,” he says. The kitchen was littered with broken dishes and he had to kick open the entrance door.

After taking his wife and daughter to an evacuation center in an elementary school gym, he visited the wooden house of his parents, only to find it collapsed.

As a member of a local fire brigade, he took part in rescue work. In the city of Awaji, 58 people died. The quake claimed more than 6,400 lives in all.

“At the time, I had no knowledge of the Nojima Fault and didn’t think a huge quake would hit Awajishima Island,” Komeyama says. “A friend of mine told me that he thought an airplane had crashed, judging from the big noise and jolt, as Kansai International Airport is located nearby.”

After hearing people say that there were bumps on the ground, he went out and discovered the sharp edge raised above the ground. “As the slip on the fault had caused that magnitude of shaking, I was scared by the Earth’s tremendous power.

“I want everybody to be careful not to forget the earthquake. If it’s forgotten, similar disaster damage will happen again,” Komeyama says.

“A large-scale quake could originate in the Nankai Trough” in the Pacific off Japan’s central to southwestern coast, he notes. “Natural disasters can’t be prevented, but I want everyone to think how the damage from a disaster can be alleviated.” What transforms a natural event into a man-made disaster

The deadly earthquake that struck northern Pakistan last month exposed the nation’s lack of preparedness and weak resilience to respond, cope with, and recover from natural disasters. It is ironic that a country that has been struck by at least 40 earthquakes since 1970 has still not been able to strengthen resilience to reduce disaster risk. The majority of our people lack awareness regarding what to do and what not to do in an event of a natural disaster. The public at large has still not been imparted something as basic as initial rescue training to reduce the risks posed by natural disasters. Hence, the risk posed by such events always increases due to the lack of effective response. This is true, not just for Pakistan, but also for other developing countries. For instance, at least 12 minor girls were killed and 35 others injured after a stampede broke out in their school in the Afghan province of Takhar following the earthquake. Similarly in Pakistan, schoolchildren, along with their teachers, rushed out of school buildings after the quake, triggering a stampede.

I have personally witnessed the unpreparedness and confusion of people when reacting to the deadly earthquake that struck Balochistan in 1997. People seemed to have completely lost their senses, with some jumping out of the first and second floors of residential buildings and suffering serious injuries. Some even resorted to firing into the air as the quake occurred around midnight and they assumed that their houses had been attacked. This gunfire created even more panic and fear.

Pakistan still lacks strategic direction and adequate infrastructure to handle disasters. Khyber-Pakhtunkhwa now faces a landslide that has cut off around 50 villages in Havelian. This is being blamed on the lack of preemptive measures taken in the aftermath of the October 26 earthquake. People of these villages will now face the biting cold weather as they wait for rescue and relief. The disaster management apparatus in Pakistan clearly lacks the capacity to give a strategic, rapid and preemptive response, transforming natural events into a human and economic disaster for the country.

Pakistan is located in a zone of heightened seismic hazards. Despite facing repeated natural disasters, the authorities have failed to shake out of their slumber to develop national strategies for risk reduction. The country’s disaster-related policies seem to have so far been focused on emergency response, which usually comes from the Pakistan Army. What comes from the political leadership in a post-disaster situation are merely statements and announcements of financial assistance for the affected people.

Natural disasters are unavoidable, but the damage they cause can be managed through effective policies. Such events shouldn’t have to result in huge human and economic losses, which only occur because they are not strategically, effectively and efficiently managed. There is a need to build a national legal and regulatory framework that could bring together the economic planning departments, provincial and local governments and civil society organisations. These should be tasked with first assessing inter-sectoral priorities, allocating separate budgets for disaster risk reduction and then formulating and implementing strategies for the same. The authorities should learn from the aftermath of the October 26 earthquake if they have not already learnt from the several natural disasters that the country has witnessed in the recent past. Undertaking adequate preparedness measures, development of efficient systems for disaster risk assessment, as well as information management and early warning systems are the need of the hour to save lives and livelihoods.