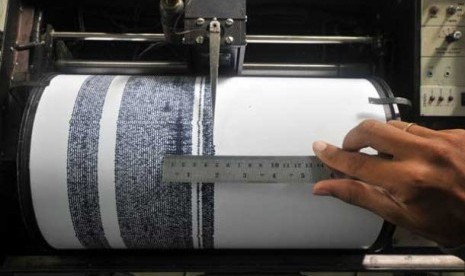 Bogor - At least 12 houses in Pamijahan district of Bogor, West Java, were badly damaged after a 4.8-magnitude earthquake hit the area at 1:27 a.m. on Sunday.

The epicenter of the quake was located about 31 kilometers southwest of Bogor regency at a depth of 10 kilometers, the National Disaster Mitigation Agency (BNPB).

BNPB spokesman Sutopo Purwo Nugroho said that three people were injured. He said that the agency’s quick response unit had been deployed to two villages suffering from quake damage.

“The three were rushed to the local community health center. We are still calculating the real material losses,” he said.

No casualties have been reported so far.